by The Neighbourhood Economist

“There is a powerful correlation between the size of a city and the productivity of its inhabitants. The top 600 cities in the world contain just 20% of global population but create 60% of global GDP”.

So said George Osborne in his  ‘We need a Northern Powerhouse’ speech in the Museum of Science and Industry in Manchester way back in June 2014 – and both he and Philip Hammond returned to the theme in subsequent Budget speeches.

But is the Northern Powerhouse idea a genuine drive to regenerate and maximise the combined economic impact of a region embracing Liverpool, Manchester, Leeds and Newcastle? Or is it more a rallying call to the collective leadership?  Will the endeavour be backed up with real additional resources?

Here with a few thoughts on the matter is our guest blogger Dave Hashdi, Information and Evaluation Manager for the Family First Programme in Bolton, Greater Manchester.  Dave explores some of the potential issues surrounding the initial governance reform package for the Greater Manchester Combined Authority … over to you Dave …

Public sector reform, devolution, elected Mayors, complex dependency. Part of the newly agreed package for the Greater Manchester Combined Authority (GMCA) to create a ‘Northern Power House’. No ‘new’ money is involved but rather a greater say in how the GMCA shares the cake locally.  The GCMA is made up of all 10 of the Greater Manchester Local Authorities.  Other city regions are looking on with interest.

The new governance arrangements were implemented in 2017/18 but GMCA will receive additional powers for certain parts of public sector reform – business, skill, complex dependency, health and social care straight away.

The Budget announcement that Greater Manchester is set to keep 100% of the growth in business rates is a further step towards greater fiscal devolution. Currently local councils keep just half of any business rates growth, the rest going to Whitehall.  Greater Manchester will see the full benefit of policy decisions that increase the local growth rate, sharpening incentives to boost jobs and growth.

Over the last year the north grew faster than the south and employment is growing fastest in the North West.  The 10 Manchester Local Authorities have a total Rateable Value of almost £2.75bn which generates around £1.35bn. The benefits to Greater Manchester of controlling this funding stream will depend on the success of Greater Manchester’s economy and the level of autonomy allowed to the authority to manage business rates. It remains unclear how much extra cash the region will net through the deal, but what is clear is that the region will now directly benefit from local economic growth.

The principles of public service reform are: integration, sequencing and prioritisation of public services to form bespoke packages of support; deploying interventions with a strong evidence-base; and integration of services on a whole family basis, not just for individuals.

Tackling issues of complex dependency is a key reform priority that will have a sharper focus on employment and skills progression. The interventionist principles underlying the successful Troubled Families programme will be broadened out to those leaving the Work Programme – offenders, those involved in organised crime, those with complex health needs, and a deeper cohort of families at risk of becoming ‘troubled’. The low paid or those with no pay cycles may also typically have complex needs.

It is very clear that to achieve the priority reforms enshrined within the new devolution agreement, an integrated approach is required working with partners in the public, private and third sectors towards a common goal. What is not clear is how the cross cutting results will be measured and funded. For example a third sector charity may have been happily working away within a local area, focusing on complex families, providing housing, welfare and general support. They may have ‘turned families around’ but received no payment for this.  It will be important as part of the reform process to place a value on this, recognising that small neighbourhood based organisations have a part to play, and ultimately to reward success via the payment by result route, which underpins much of the new funding.  This could potentially be resourced directly from the benefits accrued through economic growth.

One could argue that this new way of doing things benefits the commissioning agencies in that the risk is borne by those who are delivering the services at the sharp end. Many community based organisations are often better placed to deliver at the local level and due to their often specialised services provide a role that is not traditionally delivered by other public sector bodies. The key for third sector organisations is to negotiate an empowering strategy that is beneficial to all parties, sharing the risk, jointly delivering services and, crucially, with each benefiting from the success.

We shall have to wait and see what delivery model is used by GMCA, but if successful we could see devolution coming to your city region soon.

At the neighbourhood level, local organisations need to be positioning themselves to take advantage of the opportunity presented by public sector reform … but with a clear strategy to ensure that rewards as well as risks are shared equitably.

After all, as Local Government becomes lighter, someone is required to do the heavy lifting! 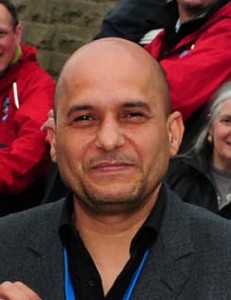